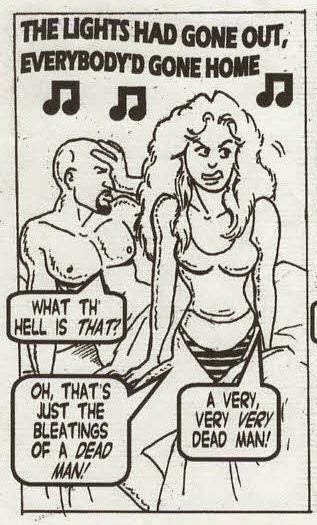 
Sally Rose started life in 1992 as a fairly serious shot at creating an independent-alternative comic book. Sally was a feminist writer living in Washington, DC (long before I even had plans to live there myself) whose best friend was a scruffy, insecure rock singer (ahem) who lived in the apartment above. I was 28 at the time, and this was intended to be a (very) romanticized depiction of  life as a 1990s twentysomething, sort of a feminist Archie for the times. Eventually I had an entire story penciled on 10x15 bristol that I was almost happy with, but I never dared ink it because I felt my inking skills were so atrocious. So Sally went into a keep bin until the late 90s, by which time I had moved to Washington, DC, and by which time the earliest webcomics were being published online. I decided to try again and get in on some of that action, to the point in 1999 of self-publishing an entire Sally comic book, for which I rented a table at SPX (the Small Press Expo) and actually tried to sell. The book failed utterly, for the most part because it was very hastily drawn and inked (and not helped by my choice to not employ even the slightest photo reference for any of the art), and after that embarrassing adventure I abandoned the idea of drawing comics forever.

That is until last year, when I began sketching what will become a full-length graphic novel for children, tentatively titled THE GREAT ROCKVIEW CLUBHOUSE WAR. This was followed by a start-from-scratch style of comics that became the Spiral Notebook Comics blog, which will result in another upcoming graphic novel called AROUND THE WORLD IN A DAZE, starring of course everyone's favorite angry gal Lucy, star of this very blog. I guess I'm either too stubborn or too in love with comics to give up doing them completely.

In any case, here are some pages from Sally Rose, pages that aren't really very good but do capture a certain time and place in my life and art where I was having a lot of fun. Which in the end is all that matters.

(Trivia note: Sally's name came about from the title of one of my favorite weird songs of all time, "Sally Go Round the Roses" by the Jaynettes) 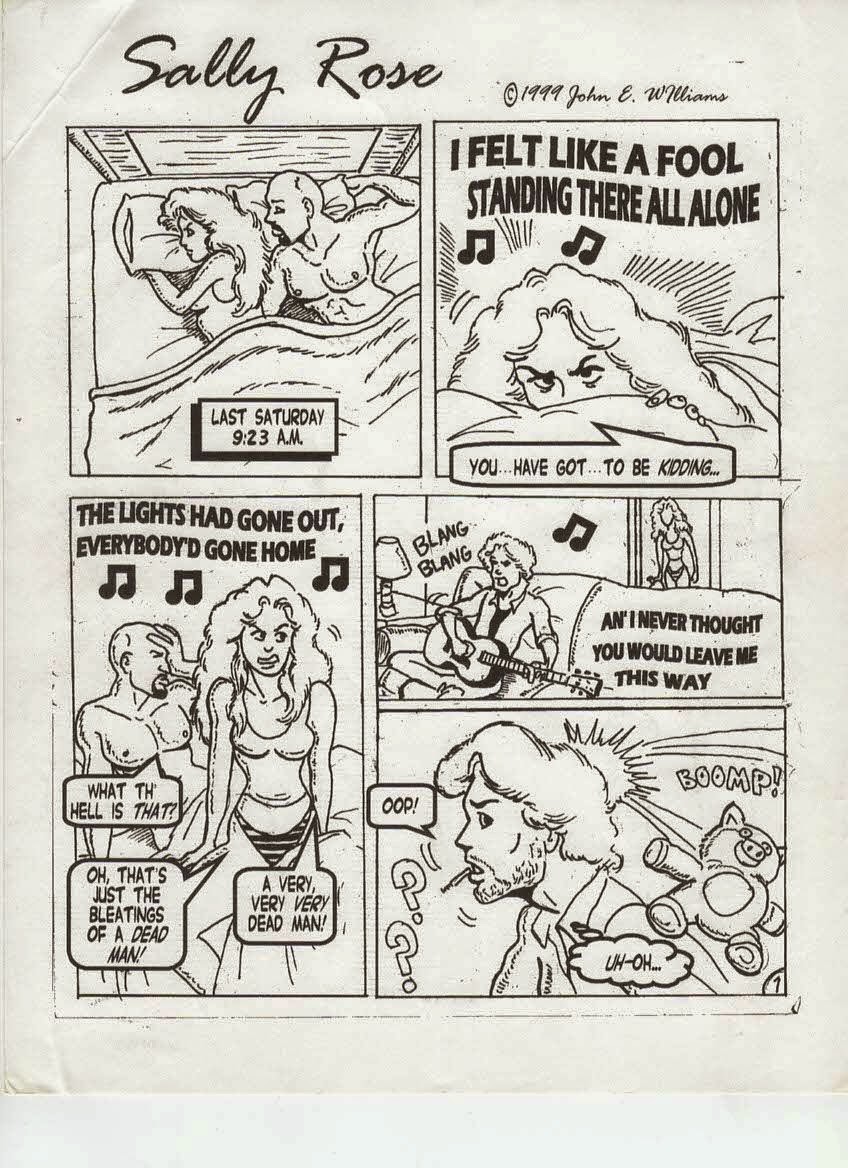 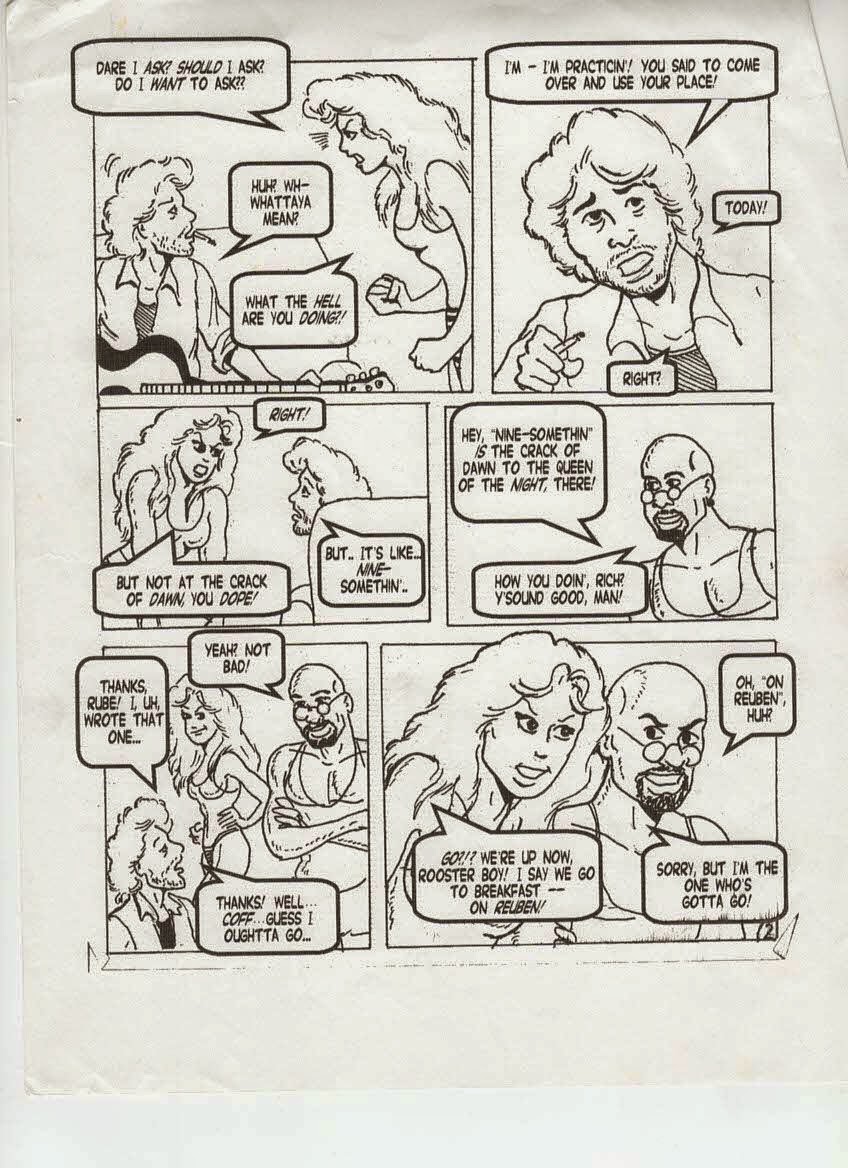 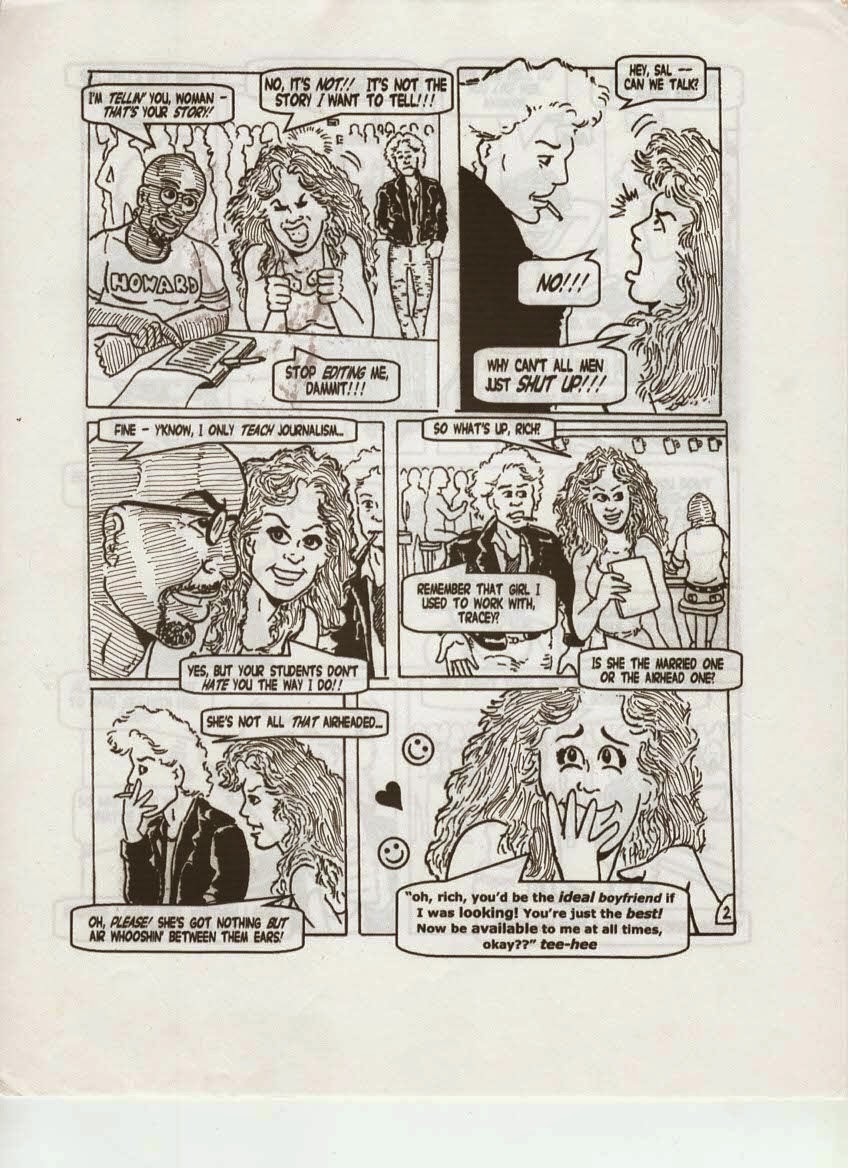 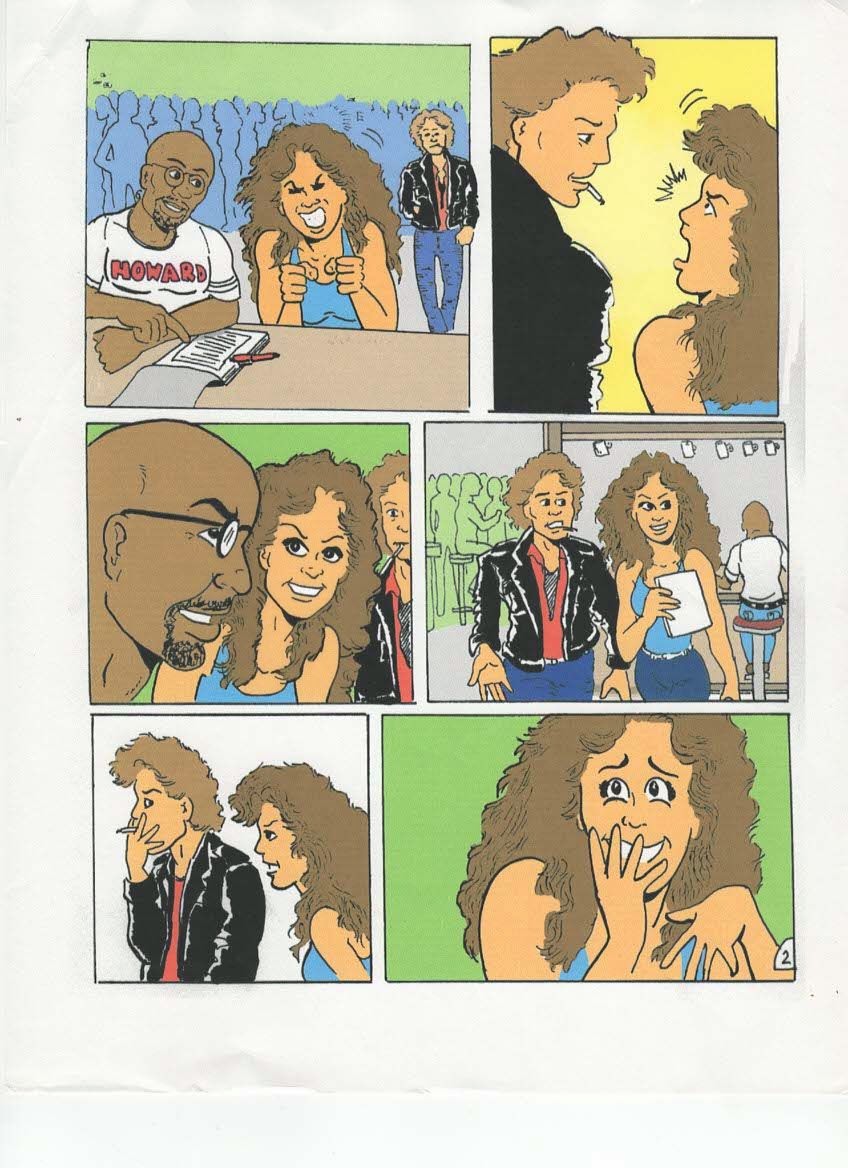 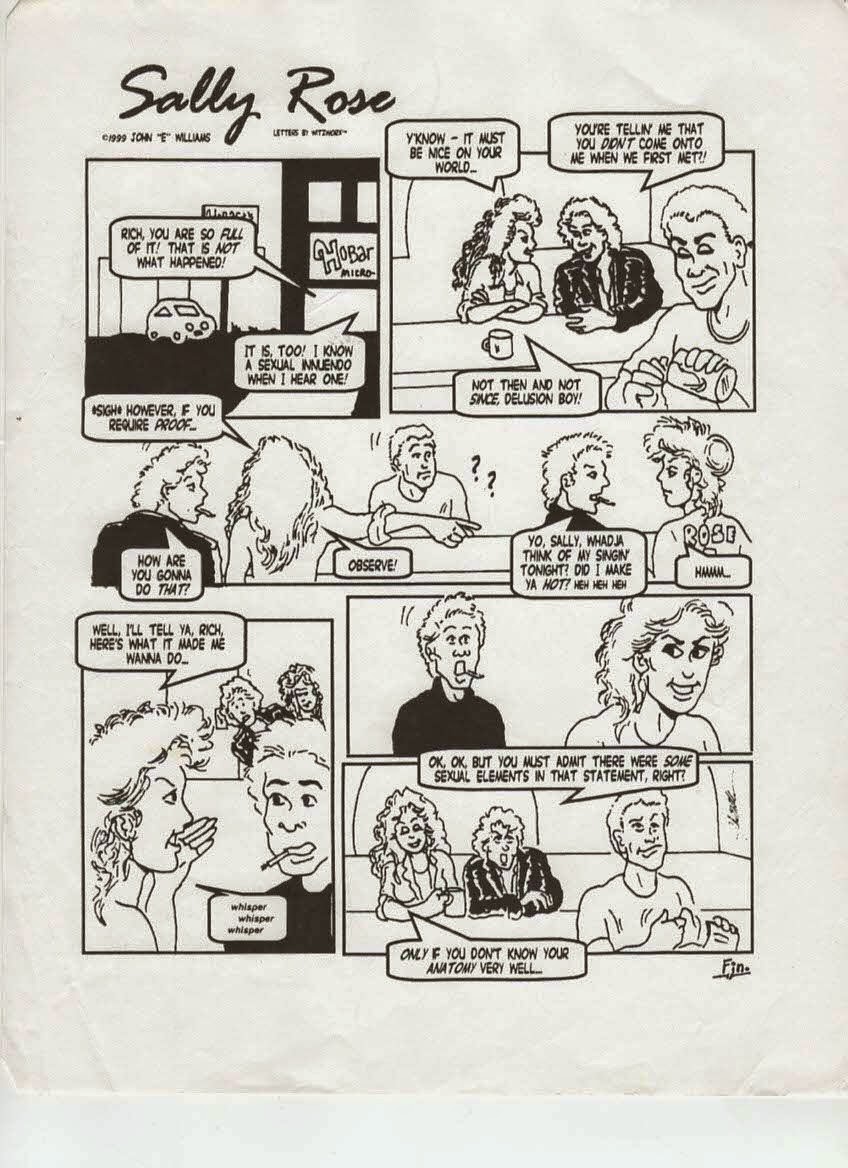 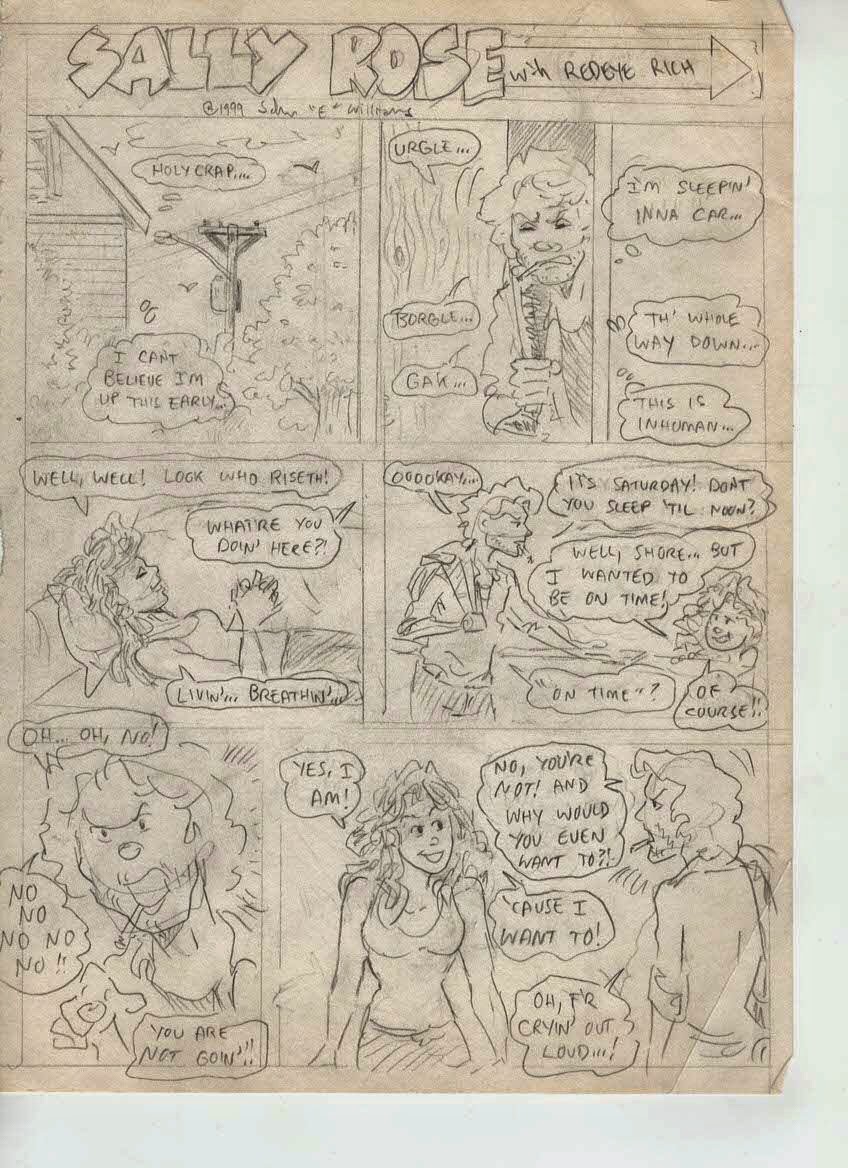 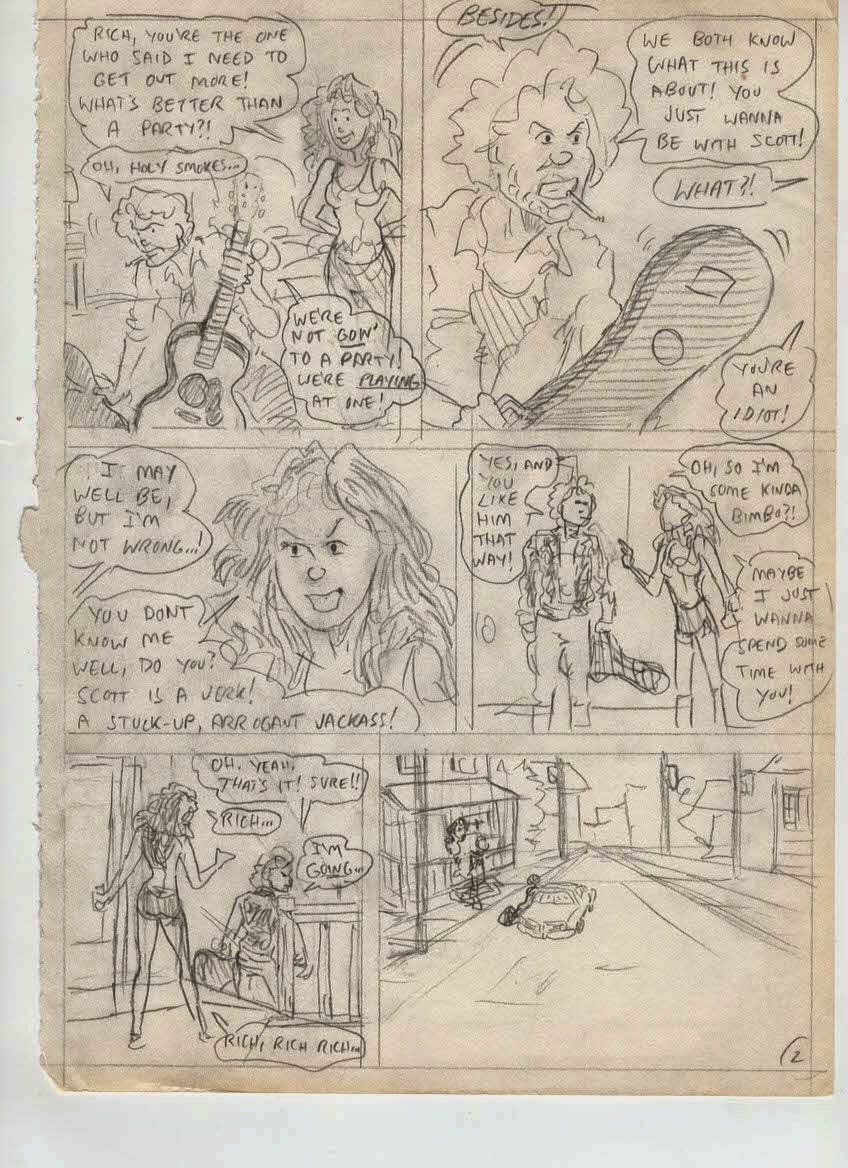