I have a plastic storage bin next to my office bookshelf that is crammed with piles of sketches and finished comics that were all projects I meant to get off the ground, with mixed success. I will be posting these artifacts over the next several days with an explanation of how each project was created and what if any plans I have to continue each one. I hope you find my creative attic-clearing interesting. 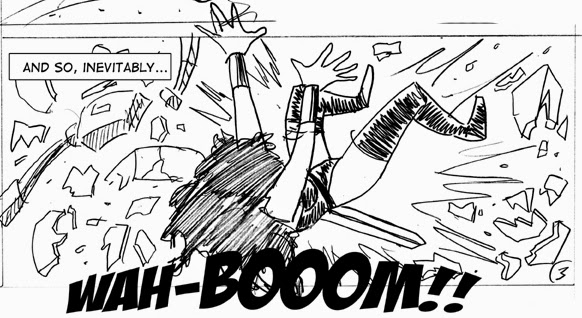 TIME'S 5 came about during a phone call from Dan Parent some time in 2008. Dan had an idea to teach kids about history via a comic book, and concept was to have a group of teens experience history firsthand via time travel. He asked me to write an outline and a script, and I took it a step further and sketched out the entire first chapter of what I envisioned would be a full-length graphic novel. But soon Dan found himself up to his neck in work, which was good for him but bad for our idea, which went promptly into limbo, where it currently resides.

My expansion of Dan's original concept was somewhat complicated, but fun to work out on paper. In the year 2030, a supervillain named Red Jack is at long last brought to the edge of defeat by his nemesis, a Latina superheroine (I never did decide on a good name for her), but just as she is about to defeat him he pulls out his final card: a time machine. Red Jack uses his device to summon forth an army of evil supervillains from different eras of time, and then transports himself and his villain army somewhere in the past, where they will change history forever. Our heroine watches the villains disappear, but even as the universe around her begins to fade, she uses the machine to summon her own army -- namely, five superhero women who had inspired her as a child, and takes them with her to follow Red Jack into the past. Unfortunately, upon arriving in 1955, our heroine realizes to her shock that while she did indeed summon her heroes, she somehow managed to summon their teenage selves rather than their experienced adult versions. So our heroine is trapped in the past with five frightened, squabbling teenage girls from different countries whom she must teach to use their powers in the service of good. The whacky time travel flip to all this is that it turns out the five women who had inspired our heroine were in fact trained and taught by her in the first place.

Pretty cool, eh? Well, I thought so. We would have had stories centered around civil rights, the Cold War, and the realities of discrimination in the 1950s, all experienced by five teen girls from 2008. There would have been fun gimmicks as well, featuring flying saucers, berserk robots, and an evil version of Elvis.  Even if Dan had time to work on the comic, as you can see the mechanics of the story can't be explained in a short paragraph, and I thought this would make it hard to sell unless we found a way to simplify the concept. But I was excited by the prospect of an all-female cast, especially one that was racially and multi-nationally balanced, and I was eager to prove that a good superhero comic could be done without a man running everything. I still think that's an honorable and necessary goal, and as I see more young girls getting excited about superheroes, I feel wistful about what might have been. And who knows, maybe Time's 5 will one day come to be after all. Only time will tell...

Below are my rough pages from the first chapter. Dan would have worked directly from these layouts to create the finished art. 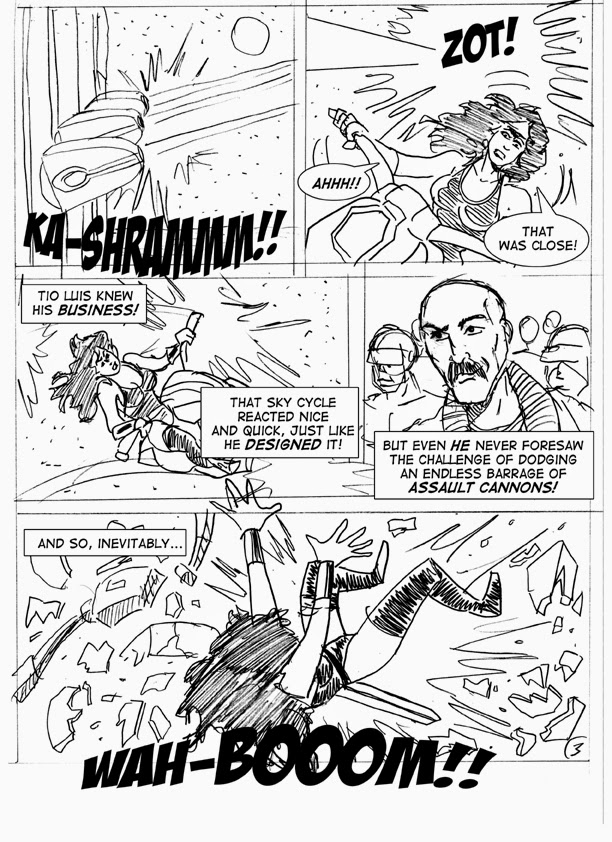 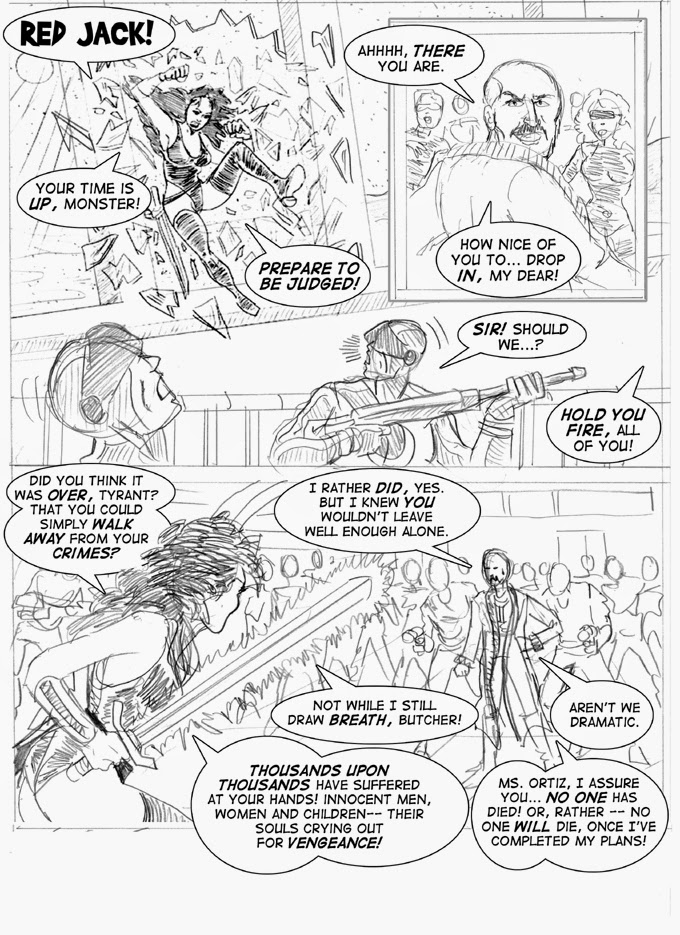 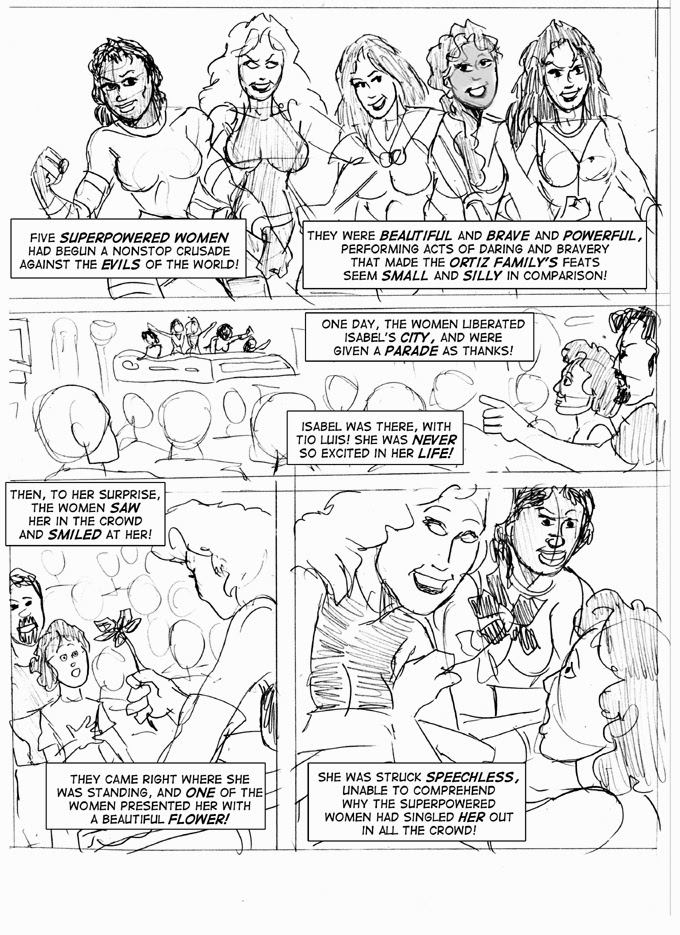 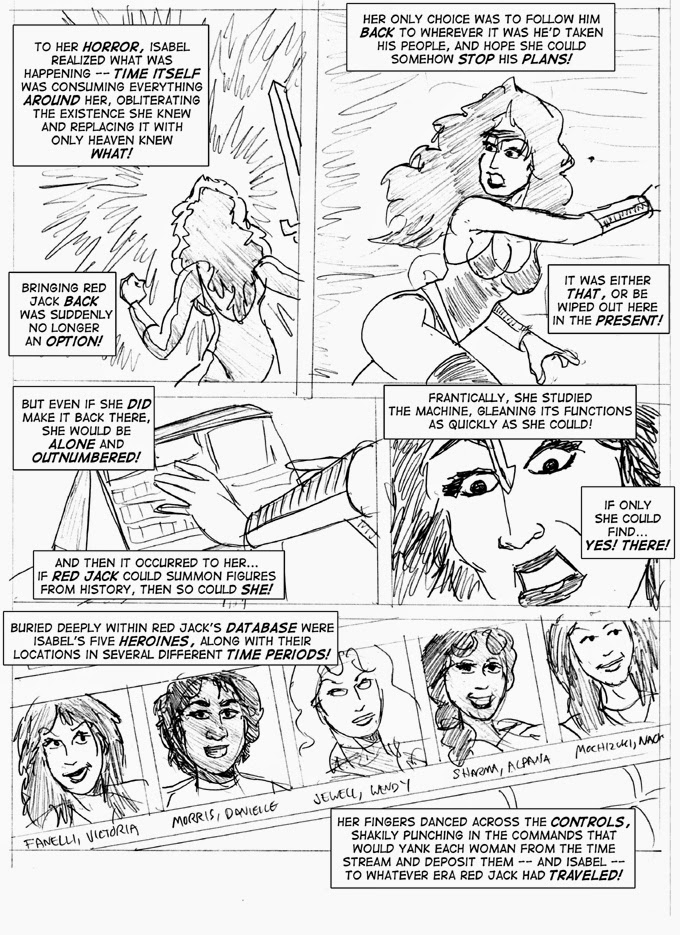