This was my first attempt at drawing a children's comic, and I intended to borrow generously from my own childhood to tell these stories. Like Brian, I was the younger brother of a bossy, smart, funny, deeply unhappy and overweight girl. I think I was onto something with this project, but once again I felt undone by what I considered to be my poor-assed drawing skills, so I abandoned the project and moved onto other things.

One aspect of childhood I wanted to capture was how a summer or a Halloween night felt in a time before childhood was as tightly supervised as it is today. I think I came close, but reading these again I think the writing and characterizations are just too weak. I'm having much better success with my current project, another children's summer story that is based vaguely on my early life. So maybe the answer sometimes is to walk away from stuff and come back later once you have a better perspective (and maybe improved drawing chops).

Here are the two full-length "Margo" stories I completed. Unfortunately I am missing a few pages from the Halloween tale (it's possible I never finished it), but I'll fill you in on the ending once you get there. 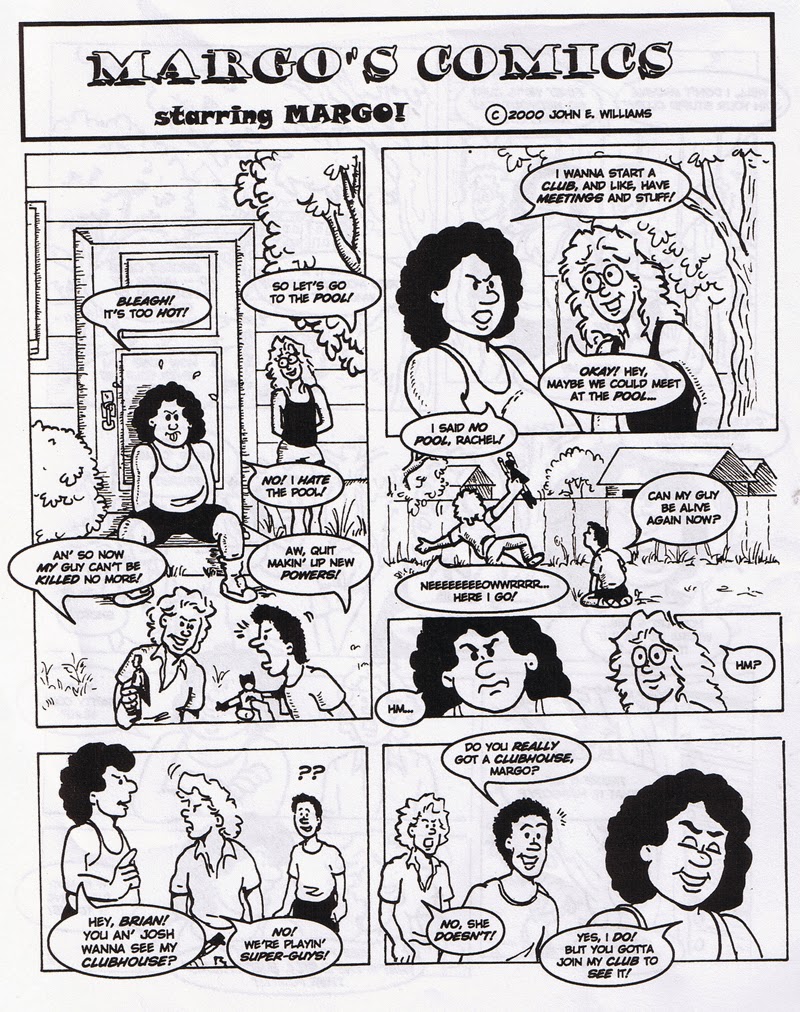 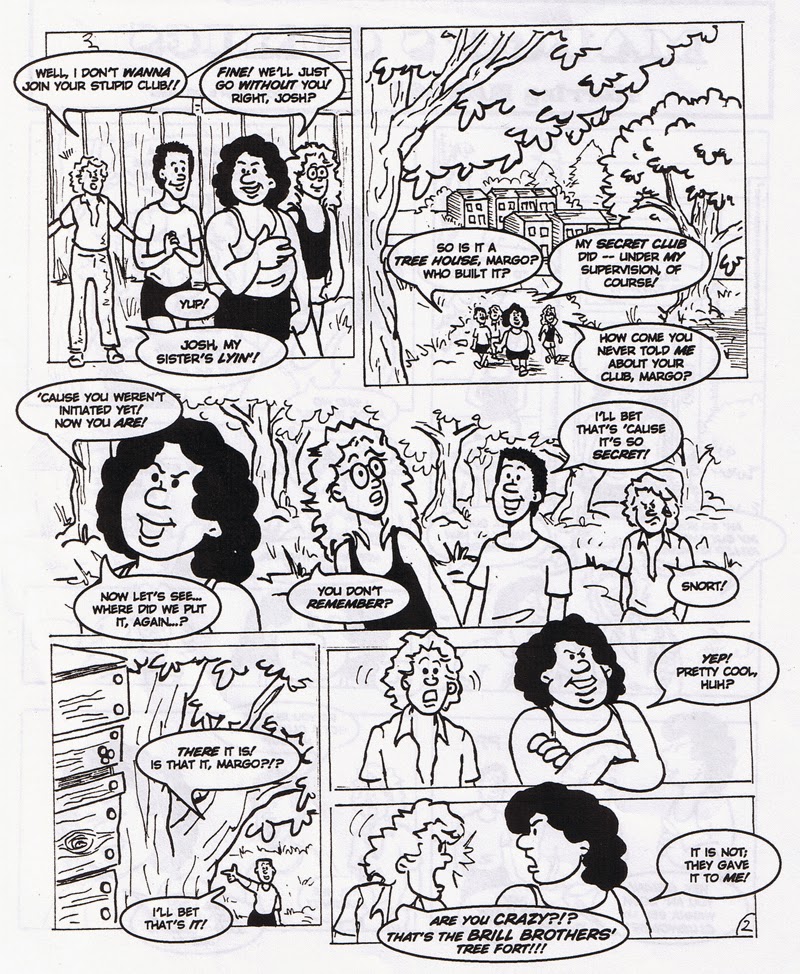 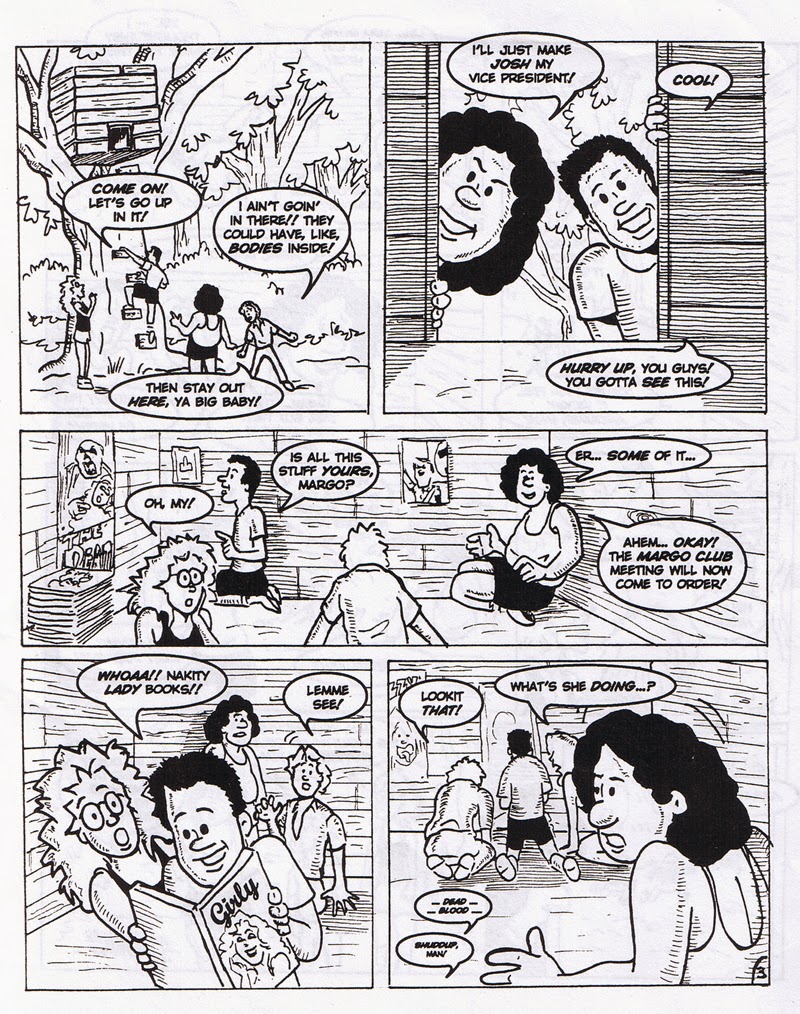 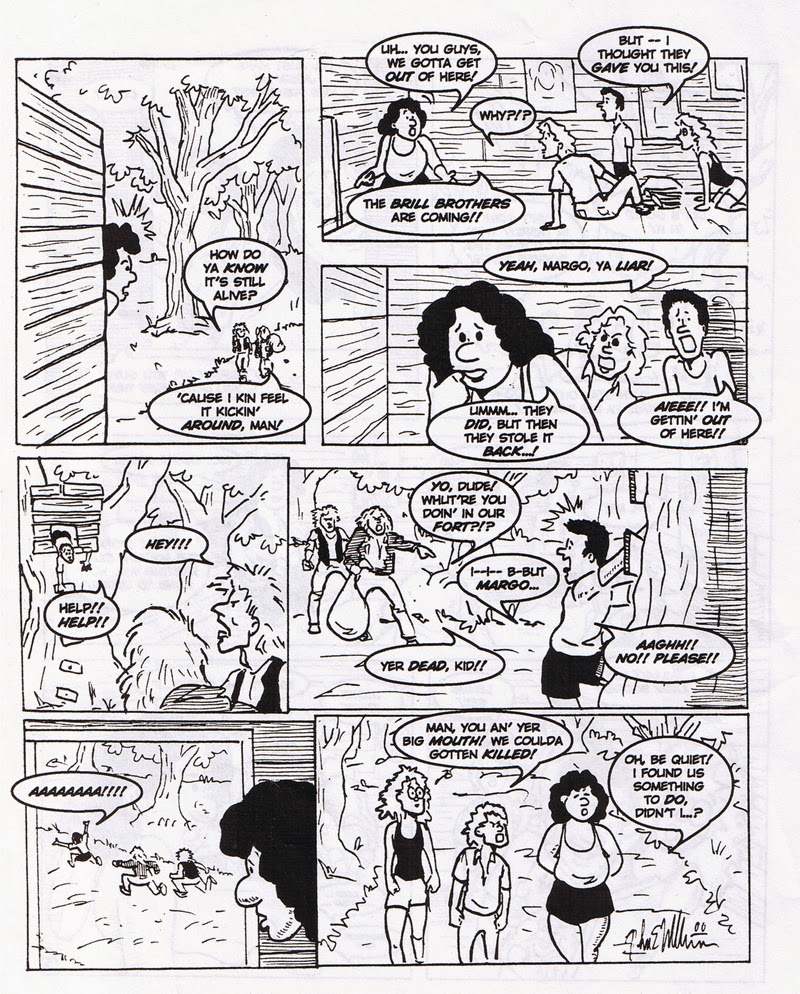 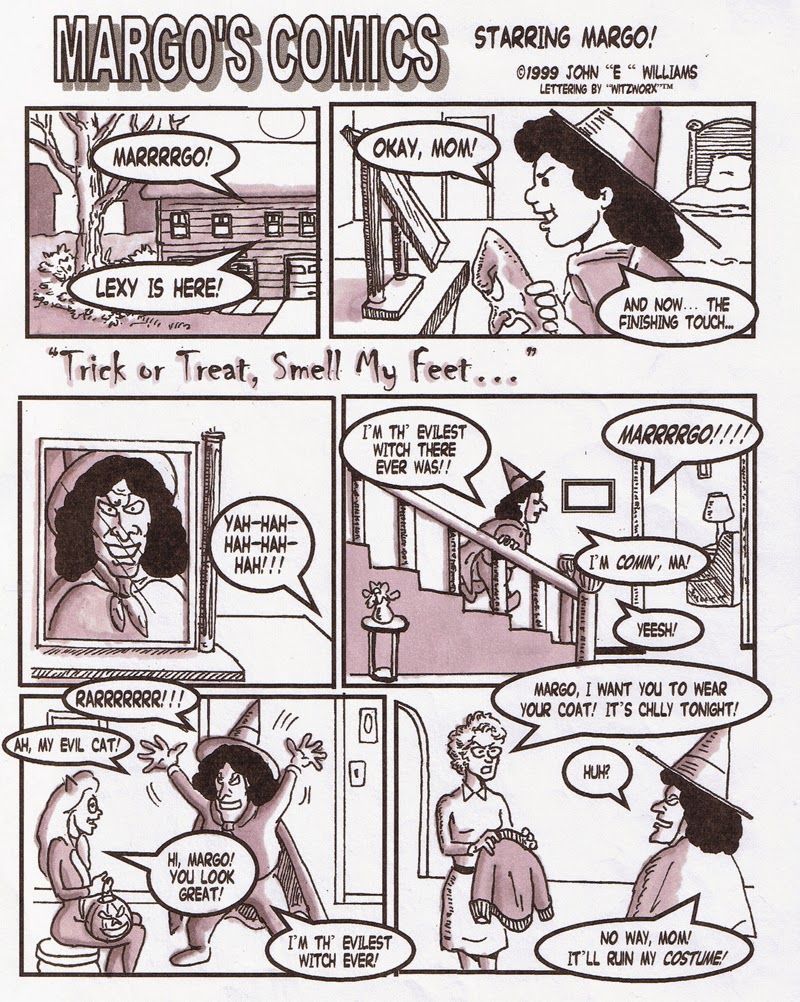 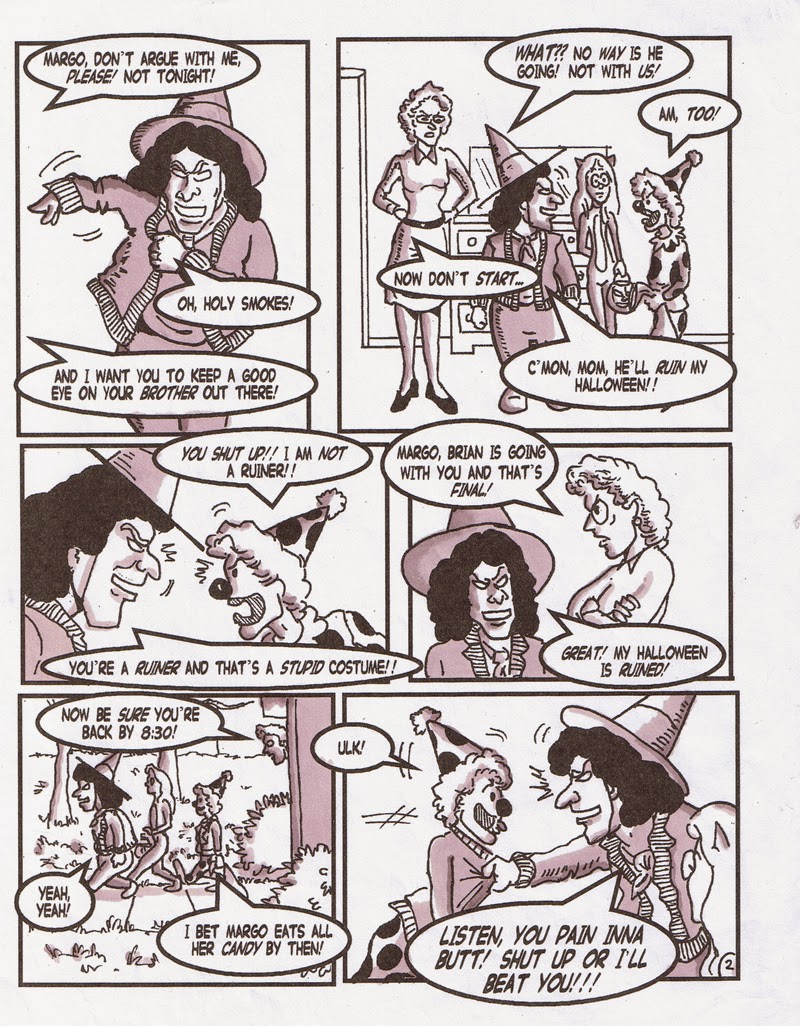 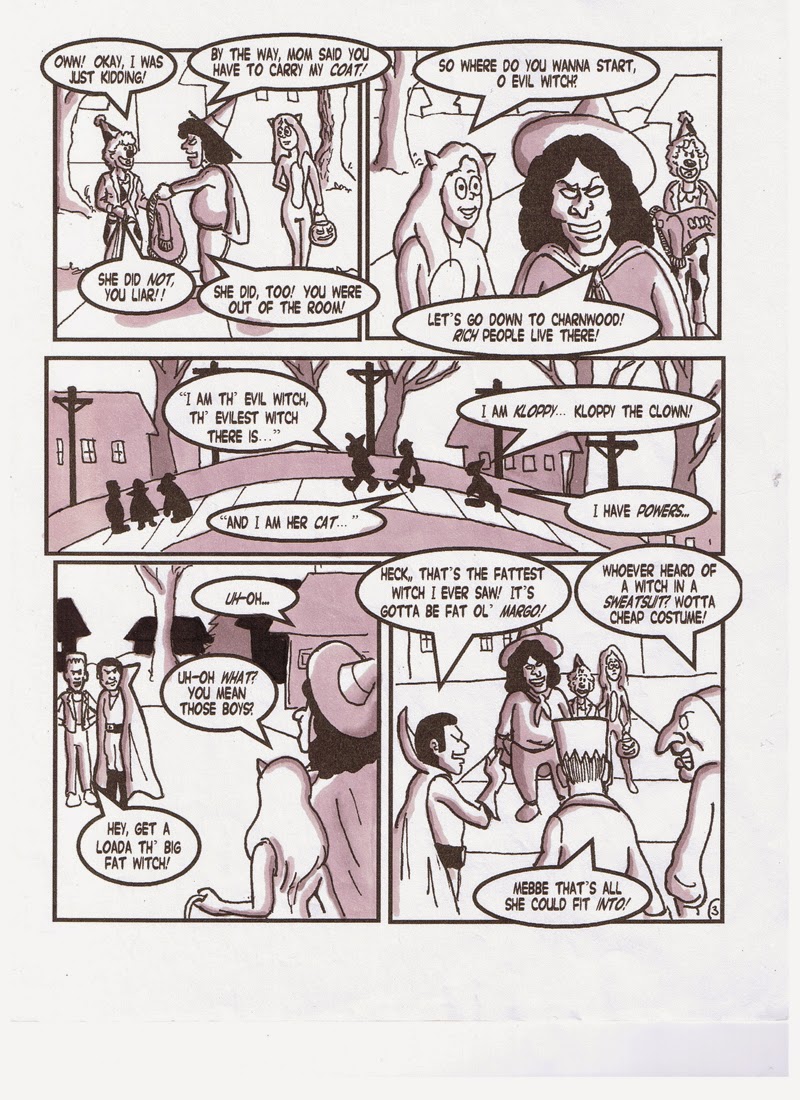 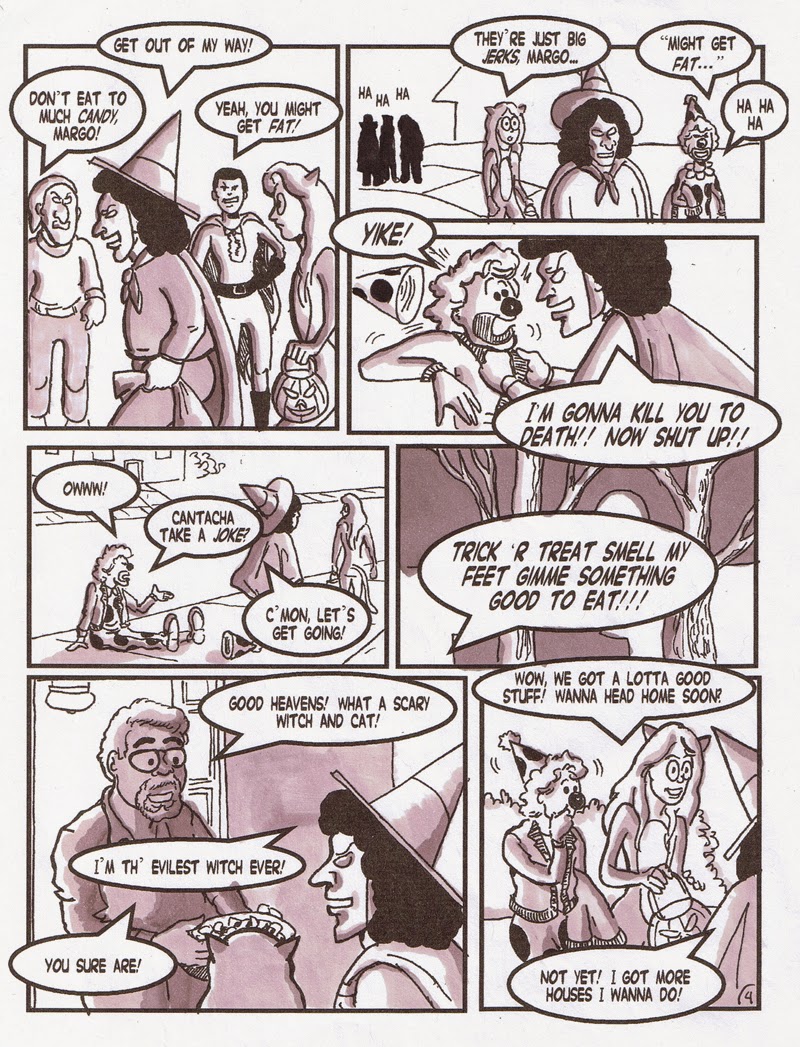 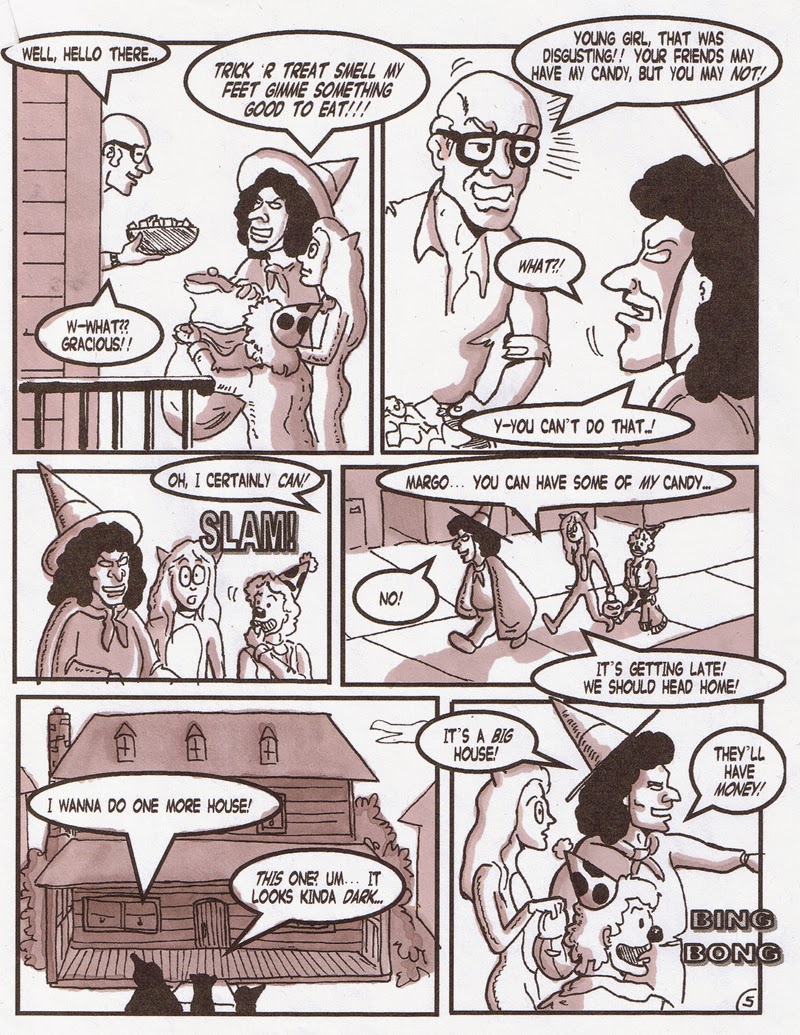 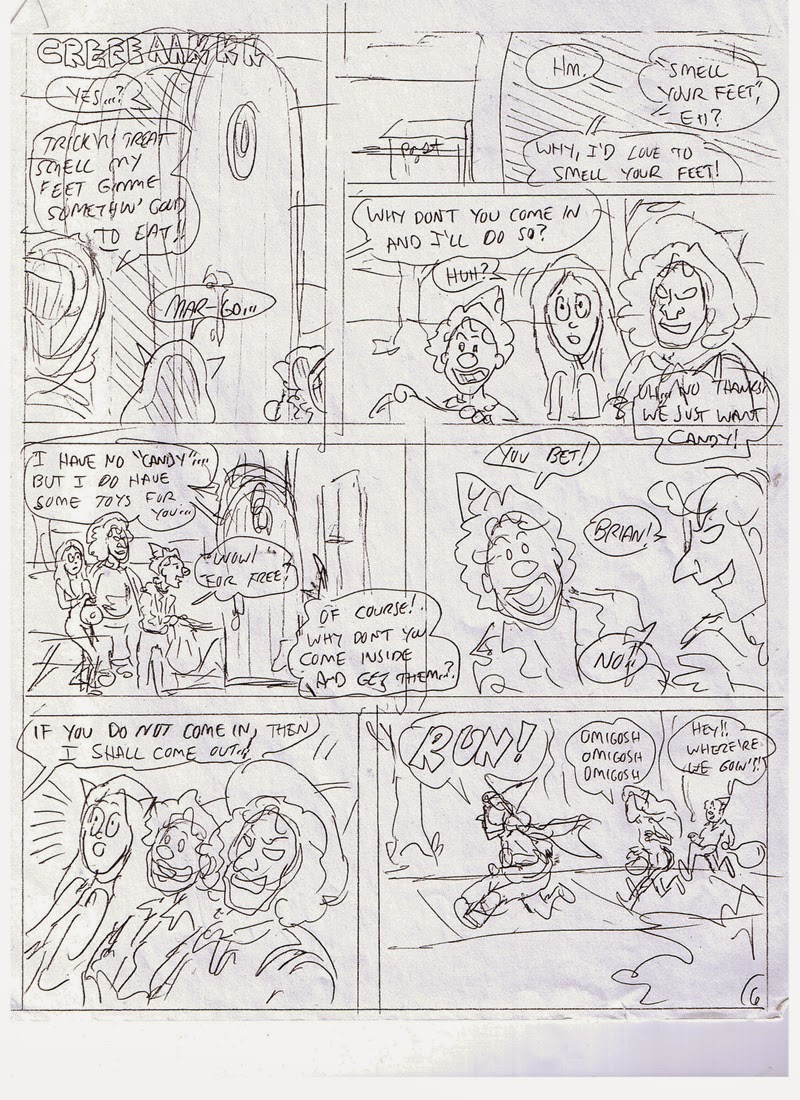 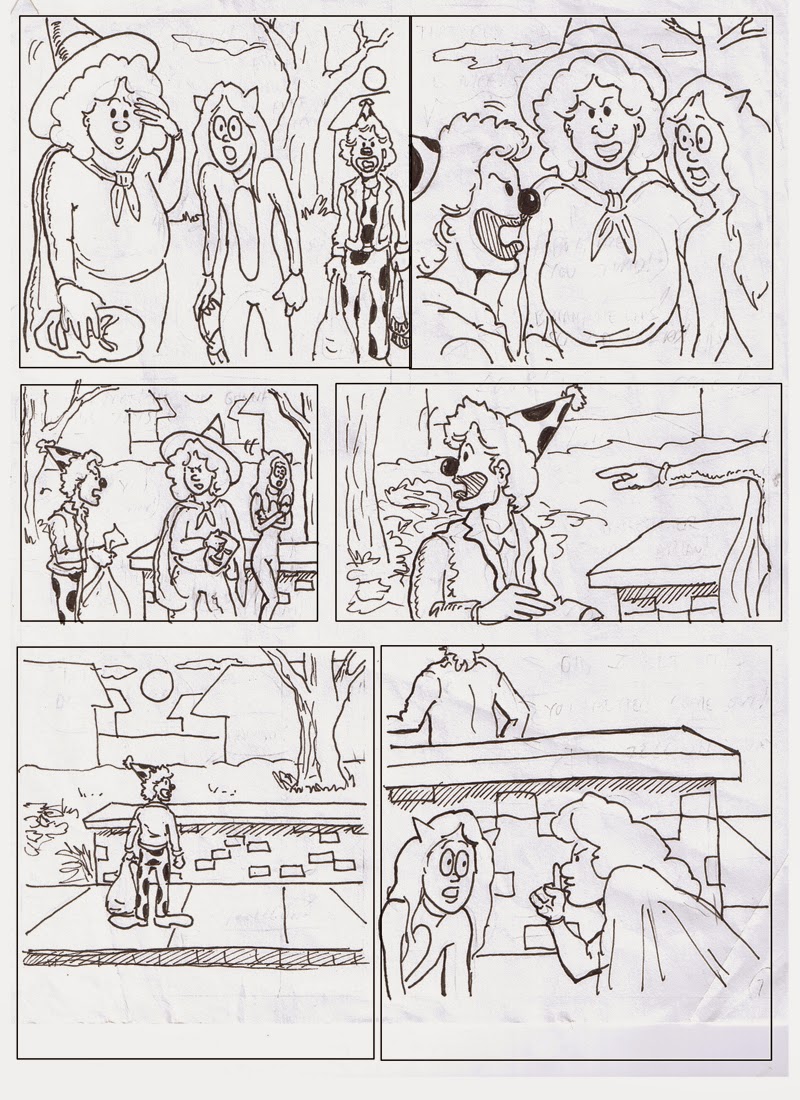 MISSING ENDING: Margo and Lexy hide from poor Brian, who loudly announces his intention to return to the creepy guy's house for the rest of his treats. Lexy is worried about Brian, but Margo scoffs that he'll be fine. Once she's walking home alone however, Margo starts to have second thoughts, and in a burst of panic runs back to the creepy guy's house, pounding on the door and demanding her brother be released. The homeowner yells at Margo through the door and threatens to call the police, so Margo runs home and tells her mother that Brian has been kidnapped. Margo's mother replies that Brian came home a half and hour earlier and is in his bed asleep. Furious, Margo goes up to Brian's bedroom and bashes him over the head with her Halloween bag.